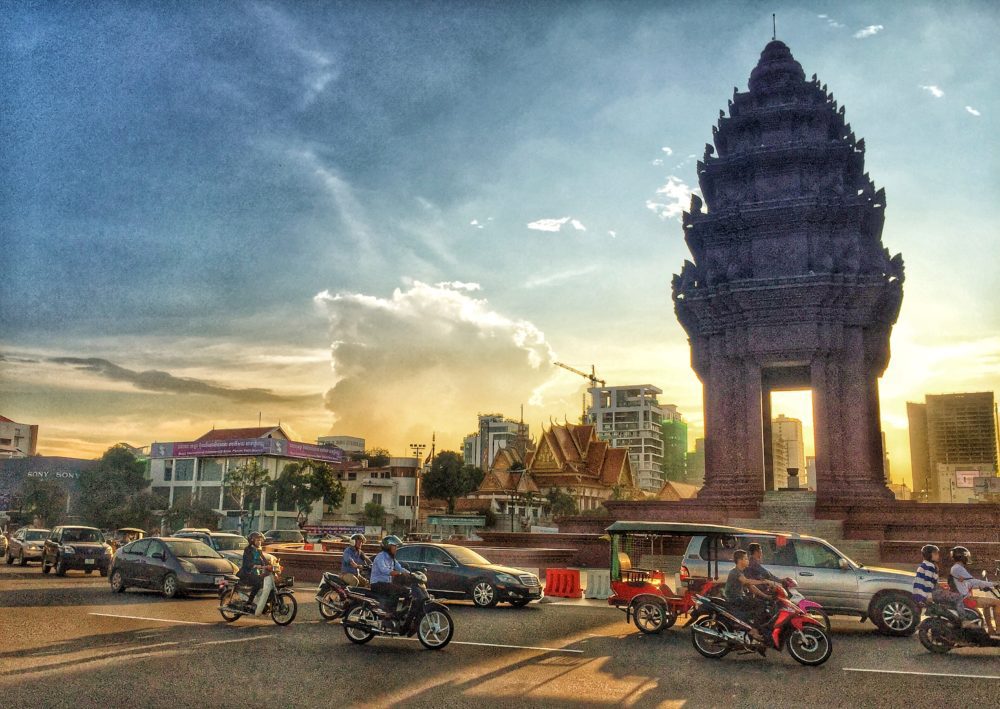 Crossing the street in Phnom Penh is an adventure all its own. The Cambodian city has 2.3 million people and at least 2 million of them appear to be jostling for position in the intersection where I am standing with my friend.

Scooters loaded with entire families are weaving between tuk tuks and squeezing between SUVs and delivery trucks. Children stand on the seat or hang off the back and everyone looks calm in the traffic bedlam.

Everyone except me and my pal — a couple of risk-taking, jay-walking, big-city girls who suddenly realize “look both ways” isn’t going to cut it.  We are armed with one piece of advice from a local guide: “Never run. Walk at a normal pace, with purpose.”

We have Google maps loaded and we’ve studied our mile-long route. We’re walking to Starbucks to get a “Wish you were here” mug to add to my friend’s impressive collection and start mine. We are on a mission.

But first, we have to cross the street.

We stand wide-eyed contemplating the chaos before doing what all good foreign pedestrians do in Phnom Penh — we cheat. A local guy steps into the street and we shadow him. One car stops and then another and now the three of us are halfway across the crazy.

Our mentor pauses in the middle of the street and offers a little bow to the drivers that didn’t run us down. Then he keeps walking, weaving through scooters, my friend and I hot on his tail.

At the next intersection he turns right and we’re on our own, just in time for the gargantuan traffic circle. It had been a kick going around the day before in a tuk tuk, but different emotions arise as we approach the roundabout on foot.

Maybe we have enough coffee mugs.

Our momentary panic passes. We wait for a lull, look straight into the faces of those careening toward us and set out across the street, one step and one tuk tuk at a time. A scooter skims my hips. A cacophony of horns plays. But it’s not road rage. It’s an elaborate communication system. A truck honks to say “Hey tuk tuk I’m coming up on the left.” A scooter barps to say “Hey car I’m right here.” It’s one giant, constant merge where everyone trusts everyone else to make space.

Most Cambodians are Buddhist which means they let go of anger, try to live in the present moment and look forward to the future. The more intersections we cross, the more we are emboldened by this philosophy. We arrive at our destination unscathed and enriched by the zen we found in the chaos on the streets.

We buy our mugs. And then we jump in a tuk tuk for the return trip.

Facing 50, I knew two things for certain. One: I wasn't going to be pathetic…

Keep playgrounds and outdoor spaces for families open with masking. Kids can wear masks- we have seen them do it all year. They can play safely. Children's mental health is at enormous risk. Tell @ONgov and @fordnation to let kids be kids #kidscantwait #KidsInCrisis https://twitter.com/CHCOntario/status/1383484027382812680

The story of my 40 year old #COVID patient on life support.
Her life is in danger and her family has been destroyed because @ongov will not do what is required to protect those most at risk. (shared with permission) 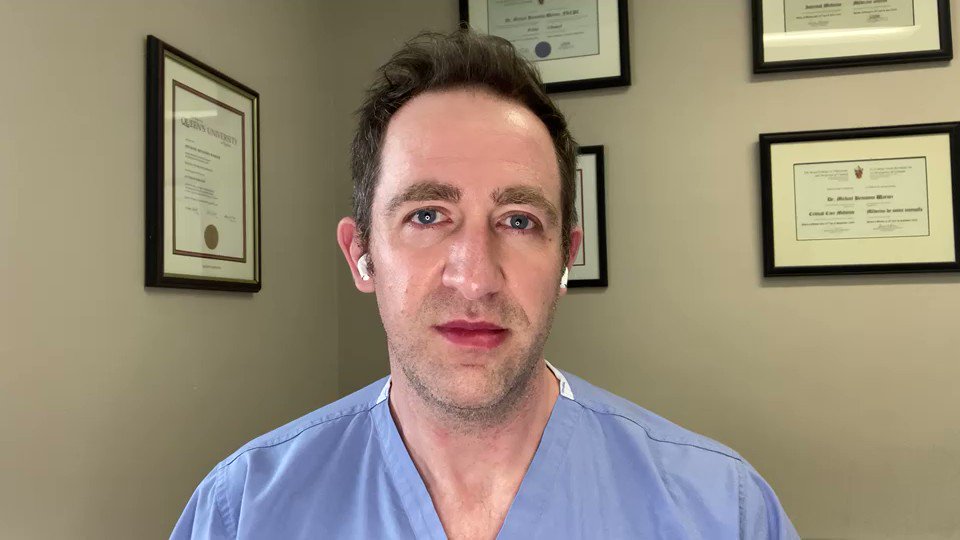 I’m starting a thread of Ontario police services that have said they will not make use of the new powers authorized by the panicking Ontario government today. Will update as warranted. Please @ me if your local force has made an announcement I’m not aware of.

New emergency orders announced yesterday to help limit the spread of Covid-19 are now in effect. The Toronto Police Service will continue to engage, educate and enforce, but we will not be doing random stops of people or cars. 1/2